Setup of Arduino with Linux

First step is to dowload the current version of Arduino IDE from official website: https://www.arduino.cc/.
In my case i downloaded the version for Linux 64bits.

After download I extracted the files to /opt folder, the procedure is shown in the following commands (The commands were run as root):

After these steps the Arduino can be called simply calling arduino in the terminal or application launcher.

To create a desktop shortcut, simply create in ${HOME}/Desktop a file called Arduino.desktop with the following content:

Then make the file executable running:

When connect Arduino board to computer it is shown as a TTY device. In my case it is /dev/ttyUSB0

As seem in previous output the /dev/ttyUSB0 is owned by group dialout. You should make sure your user is in the group in order to be allowed to connect to the board and send programs using IDE. It can be done with the following command:

After this procedure you should be able to launch IDE, write programs and send them to the Arduino board.

I am computer engineer and MSc in Informatics graduated in Federal University of Espírito Santo. I am a programming and electronics enthusiast and I made this site to share my ideas and experiments in programming, electronics and DIY. I hope you enjoy it. 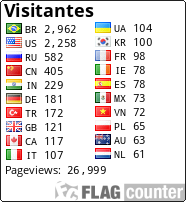